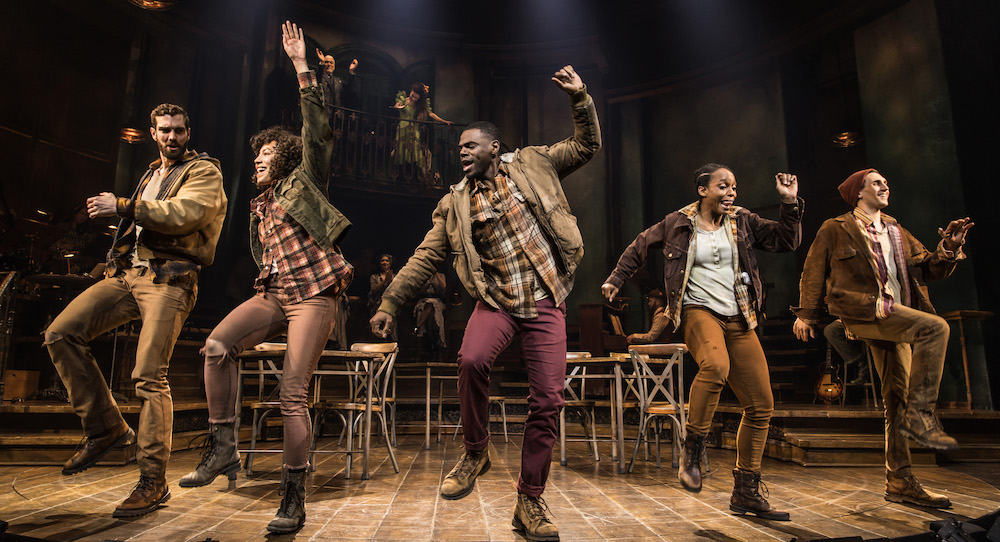 Hadestown is the musical I had unknowingly been waiting for all season. While the title might not ring a bell like those of more commercial shows such as Tootsie, The Cher Show and The Prom, there’s something oddly familiar about Hadestown.

The musical is an inventive retelling of a Greek myth…set during the Great Depression with a jazzy New Orleans-style flair. The myth, although not familiar to me, was easy to follow. Hades and Persephone, the goddess of the harvest and fertility, are married. Persephone spends half the year on Earth (spring and summer) and the other half with Hades in the Underworld (making the Earth suffer fall and winter). Orpheus, a struggling songwriter, falls in love with Eurydice. When Persephone goes to the underworld and winter comes, Orpheus is too distracted with his songwriting to care for Eurydice. So, she ventures to the Underworld and sells her soul to Hades so that she would have food and warmth. But the Underworld is no paradise, and Eurydice soon realizes her laborious, imprisoned life ahead. Orpheus ventures to the Underworld to rescue her, and he softens Hades’ heart with his (finally) finished song. Hades compromises: Eurydice can leave on one condition — when Orpheus leads the way back home, he cannot turn back to look and see if Eurydice is following him or she will be lost to him forever…READ MORE